With the start of the new NRL season now upon us, there are a number of fascinating storylines preparing to be played out. Will the Cowboys defend their title? Can the Roosters build on the Premiership win? How will Sam Burgess’ return unfold? There are plenty of questions that will be answered over the next eight months. One area of the NRL season that always gets a lot of attention, whether it is from fans, statisticians or bettors is the race to finish as the league’s top try scorer. Boasting some of rugby league’s best wingers, it’s quite an achievement to finish as the NRL’s top try scorer and one that garners plenty of attention.

The year of 2015 saw Semi Radradra further establish himself as one of the best finishers in the game, ending with a league-best 24 tries despite playing in a Parramatta Eels side that finished way out of contention in 11th. The Fijian is unsurprisingly being tipped to finish as the NRL’s top try scorer in 2016. But there are a string of players more than capable of pushing him all the way, most notably Canterbury’s Curtis Rona, who finished second in the try scoring charts last season. South Sydney are a side to keep an eye on, as they are priced at 12/1 with 32Red Australia and other bookmakers to challenge for the title, and Alex Johnston is a key player so can be expected to be in the mix alongside Radradra and Rona.

So who are the main runners and riders in the try scoring stakes in 2016?

Semi Radradra (Parramatta Eels): Ever since breaking into the Eels side in 2013, Radradra has excelled when it comes to finishing. Having scored five tries in seven appearances in his rookie season, the Fijian followed that up with an impressive 19 scores in 2014 before his sensational tally of 24 in just 18 games last season. Aged just 23, Radradra looks to have an extremely exciting future in the game, and Parramatta could find their star winger on the shopping lists of a number of teams both in the NRL and in the Super League. 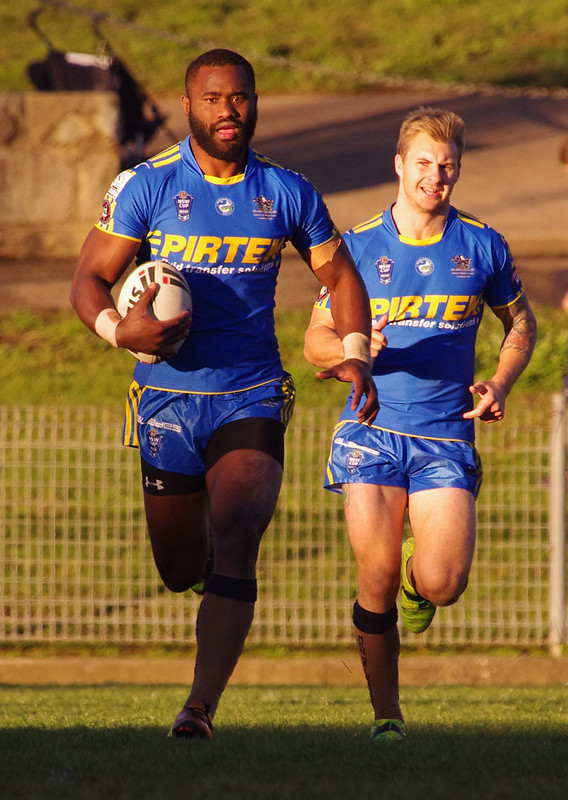 Curtis Rona (Canterbury Bulldogs): Another talented youngster, Rona is coming off the back of a very promising first season back in New Zealand. After an explosive start to life in the NRL with North Queensland, the former Junior Kiwi then signed a two-year deal with the Bulldogs and the winger was an immediate hit back in New Zealand. Scoring 22 tries in his first season with the Bulldogs, Rona narrowly missed out on topping the charts in 2015, and the speedster should definitely be in contention again this year.

Alex Johnston (South Sydney Rabbitohs): Someone who could definitely be in with a chance will be South Sydney’s Johnston. The 21-year-old has been a prolific finisher in his two seasons with the Rabbitohs, following up a 21-try 2014 campaign with 17 tries to his name in 2015. Playing in a South Sydney team with odds of 10/1 with 32Red and NetBet to finish at the top of the table during the regular season in 2016, the youngster will have a great chance of ending his third season in the league as the top try scorer.

James Roberts (Brisbane Broncos): Having finished with 16 tries last season, Roberts made the move from the Gold Coast Titans to the Brisbane Broncos. Playing in a team being heavily backed to go all the way in 2016, the winger / full back / centre will have a very important role to play this season. Capable of playing in a number of positions across the backline, Roberts has really found his place in the centres, adding both pace and power to the midfield, something the Broncos had been looking for since their Grand Final loss last year.

Tom Trbojevic (Manly Sea Eagles): The potential dark horse of the pack this season is Manly teenager Tom Trbojevic. The 19-year-old made an impressive start to life in the Sea Eagles team last season, scoring eight tries in nine appearances, and the winger/full back is being tipped as a potential surprise contender in the 2016 try scoring charts. It’s going to be fascinating to see how Trbojevic performs in his first full season in the NRL.