Both these sides come into this game on the back of gritty wins in round one as the Betfred Super League returns tonight.

Laurent Frayssinous’ side will want to avoid a repeat of their last trip to the KCOM Stadium, as they were walloped 44-0 a week before the Black & Whites headed to Wembley to win the Ladbrokes Challenge Cup.

Confidence shouldn’t be a problem for the side from Perpignan after their win against beaten Challenge Cup and Grand Finalists Warrington Wolves.

The Airlie Birds also showed their battling qualities to keep up Lee Radford’s record of winning every first game of the season as head coach, since beating the Dragons in dramatic circumstances in 2014.

The 12-8 win for the Black & Whites away to Wakefield Trinity was secured in the most testing of weather conditions, similar to what they are likely to face tonight.

Former England international Ellis is enjoying an all-action autumn of his career, culminating in being the first ever Hull captain to lift the Challenge Cup at Wembley, and being shortlisted for the Steve Prescott Man of Steel award.

His go forward, line busts and thunderous tackling add a dimension to the Black & Whites that many fail to handle, his influence is also a big factor.

Former Australian international and State of Origin star Bird is also a big influence for the Dragons, and his quality cannot be doubted.

The big, aggressive Aussie relies on a lot of brute force and strength, with the handling skills which were good enough to see him employed in the halves when required, rather than in the back-row where he plays predominantly.

Danny Houghton v Paul Aiton: In the turmoil that is the middle when these two sides come together, the control exercised by the two hookers could also be decisive.

Hull FC Vice-Captain Danny Houghton is one of, if not the most, consistent hooker in the game, as proved by the Steve Prescott Man of Steel award currently residing with him.

Known mainly for his incredible tackling stats, he regularly tops four figures, and waltzes away with the Super League Hitman award more often than not.

However he has also added a kicking game, a running game, and try scoring in recent years, although he will always be remembered for his 52nd tackle of the game at Wembley against Warrington Wolves more than anything else.

Paul Aiton is currently trying to forget about an injury-hit first season with the Dragons last year, wanting to make up for lost time.

The little hooker, signed from Leeds Rhinos after their treble winning season, has a deft distribution game, and his running from dummy-half is a big weapon.

His standout performances were a big influence for his team, and they didn’t go unnoticed as he gained his first England caps under new coach Wayne Bennett.

The big strong Hull-born lad is a big player in every sense of the word for his beloved team, and more of the same is expected from him in 2017.

Remi Casty certainly benefited from his season in the NRL, he returned a better player, and captains his side by example.

The popular prop is big, strong and aggressive, and this sometimes can get the better of him, but the France international is still a standout player for his side.

Prediction: These sides have two of, if not the two biggest, packs in the competition, and the weather conditions could easily dictate the type of game we’ll get.

On their day, both sides have enough talent to cut the other to shreds, and these are regularly high-scoring affairs, as evidenced in this corresponding fixture last year, when the Black & Whites emerged victorious 28-26. 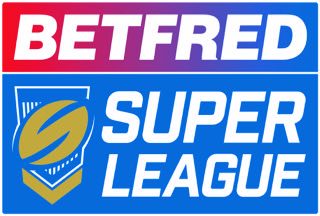