We’re almost at that time of year again: State of Origin. It’s Christmas for Rugby League lovers. A time where work colleagues, mates and at times, even family members, become rivals. As is par for the course, the conversation for both sides of Tweed Heads has been the make up of each state’s respective side.

Queensland’s conversation has revolved around what the next generation of their side looks like on the back of key retirements in recent years. New South Wales, on the other hand, picked their next generation in 2018 when Fittler debuted 11 new faces that would deliver only the second series win in a decade for the boys in blue.

The question, then, has become this: Does Fittler remain loyal to the men that did the job in 2018, irrespective of some questionable form? Or does he replace them? Let’s look at what the team should look like.

This goes without saying. Tedesco is quite arguably one of the top 5 players in the game right now. His elusiveness is reflected in the fact that he leads two key stats in the competition: 11 line breaks and 61 tackle breaks. He’s earned the right to loyalty and will be holding onto his jersey.

Tom Trbojevic would have held onto his jersey on the back of some impressive performances for the Sea Eagles had he not suffered a hamstring injury earlier in the season. This allowed one of two men to fill the spot: Blake Ferguson or Nick Cotric. Though his team has been a little more inconsistent than Cotric’s, Ferguson has been particularly impressive. Of note is his ability to carry the ball up like a forward when required, which will be of immense help to his forward pack in the Origin arena. Ferguson will also cherish working with former Roosters’ team mate, Latrell Mitchell, which gets him over the line to return to the NSW side. 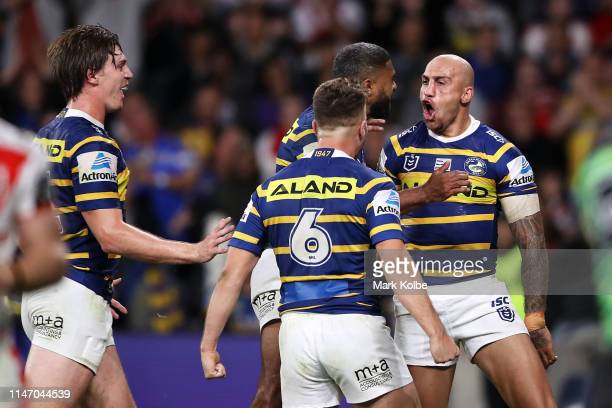 Another lock to hold onto his jersey. He has scored more points than any other player this season between his tries and goal kicking, with 115 points credited to his name. Latrell is getting better with every game and showing us glimpses of his true potential, which could be anything. A certainty.

James Roberts doesn’t look likely to hold onto his jersey. Unfortunately, his season has been hampered by average form that culminated in him being dropped to reserves. This opens up a position which is somewhat difficult to fill. Rather than looking to the future, in this instance, Fittler may want to look to the past and pick one of the Blues’ most consistent servants in Josh Morris. A man who has been there before and done the job, Morris is as good this year as he’s ever been. Nobody will forget his monumental effort in 2014 to make a tackle on Inglis after being told he’d damaged his ACL. He gets Origin and will do the job.

Josh will hold onto his position. He hasn’t put a foot wrong this year and is as fast as ever if you give him a glimpse of open space. With 7 tries from the first ten rounds, his finishing is as good as ever and he’ll be a lethal addition to the New South Wales’ edge.

Perhaps the two biggest talking points for New South Wales have been the halves. In 2018, James Maloney and Nathan Cleary had a solid series and were able to guide their state towards a series victory. Too put it bluntly: they’ve had a terrible 2019 for their club the Penrith Panthers. Fittler would have been looking for any chance to pick them, but they haven’t given him one. As a result, the halves have to change. Luke Keary is the most logical option for 6. He has stepped out since last year’s grand final, where he guided the Roosters to a grand final victory with an injured Cronk by his side, and that has shown in 2019. Another thought going into his selection is his pairing with the man that should wear their 7…

Which brings us to the 7. Unfortunately, Cleary cannot hold onto this jersey. He is young and has a big future ahead of him, however, he has not earned the right to loyalty. The best option would be Souths’ halfback Adam Reynolds, who has previously played for New South Wales in 2016. A consistent performer, his selection would be enhanced by a familiarity with Luke Keary having played with him for South Sydney many years ago. This is the biggest change that will need to be made to ensure New South Wales are fielding their best possible team. 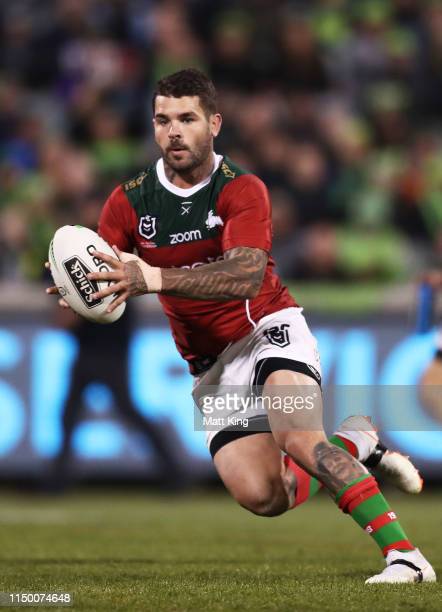 David Klemmer has been making strong metres at his new club and has earned the right to hold onto his jersey. Of note is the fact that he is second for most post contact metres at 578. He’s been there plenty of times before and always plays with pride and passion when he wears the Blue jersey.

Damien Cook is arguably the best hooker in the game. Cameron Smith still performs at a consistently high level as well, of course, but Cook is in that conversation. His running out of dummy half is lethal and causes all sorts of issues for tired players in the middle. The result of this is 9 line break assists to his name for 2019, often the result of darting out of dummy half and creating space for another player to take advantage of. The hooking role is his.

Has done enough to hold onto a position in the team. The Dragons have been up and down this year, however, Vaughan has been consistent up front with 431 post contact metres attributed to him. Together with David Klemmer, he will get New South Wales’ moving forward from kick-off.

The Captain, of course, stays. The Roosters have been brilliant this year and so too their leader, Boyd Cordner. Players want to play with him and he runs some of the best lines on the edge. He’ll be hoping Captain his state to a second straight series win. 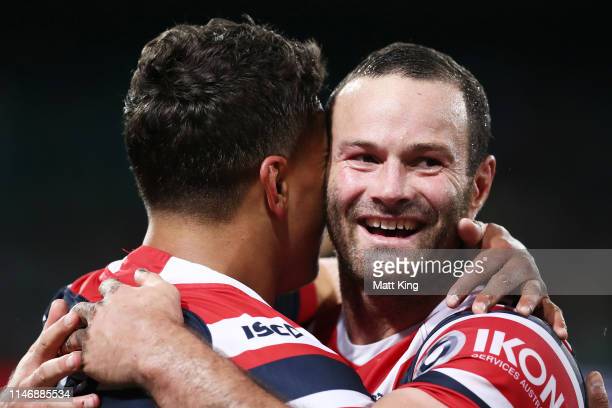 Tyson Frizell has revealed himself to be one of New South Wales’ most consistent performers since his debut several years ago. His commitment in defence is most notable, with his efforts to chase backs with little hope of making the tackle representative of everything Origin stands for. Beyond this, he has been good for the Dragons, and will be a certainty to hold onto his spot.

To round off the starting side we have Jake Trbojevic. With Jack De Belin unavailable, he’ll likely find himself starting at lock. A consistent performer for state and club, Jake has size, foot work and ball playing skill, which makes him a very complete player and one that can be difficult to defend against.

Victor Radley is a fantastic option for the utility role. Last year, Tyrone Peachey filled this position, but received limited game time given there wasn’t much need for him. A wiser choice would be to pick someone like Victor Radley, who can play in the forwards, but also fill in for key positions, such as hooker, if required. He’s been fantastic for the Roosters and would do the job for New South Wales.

With a few changes to the forward pack due to form or otherwise, Dale Finucane is in prime position to potentially receive his debut Blues jersey. He’s been a consistent performer for many years, and 2019 is no different, with 500 post contact metres to his name. He’ll bring in the professionalism of a Melbourne Storm player and add size to the Blues forward pack. 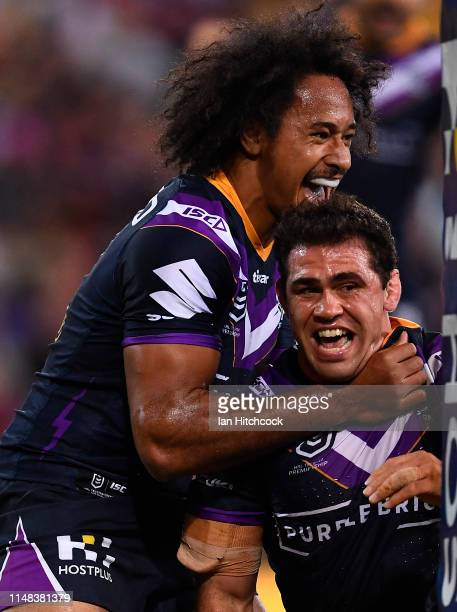 Angus Crichton started the year quietly but is beginning to show glimpses of his best. He gets through a high defensive work load and has done nothing to lose his jersey. Adds a fantastic work ethic to the team and is certain to retain his spot.

The cliche goes like this: if you’re good enough, you’re old enough. Haas is good enough. He’s been performing well for the Broncos in 2019 and adds a lot of size to the New South Wales’ pack. In six games he’s chalked up 385 post contact metres, which puts him in the top 3 in terms of average: 64.2 post contact metres a game. Furthermore, Fittler has shown no fear in debuting players, as 2018 proved, and Haas may find himself receiving his debut Origin jersey earlier than most would have expected. 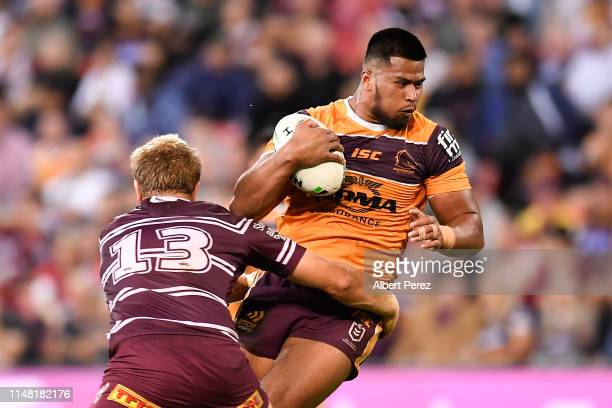