The Parramatta Eels – on the back of several losses – met the South Sydney Rabbitohs at Bankwest Stadium. With South Sydney missing key players due to Origin, this was the perfect opportunity to defeat them. The first 15 minutes was a back-and-forth tussle. The Rabbitohs drew first blood with a penalty goal. Parramatta equalled the score with a penalty of their own in the 27th minute. They swiftly backed it up with a try to Clinton Gutherson in the 32nd minute. Mitchell Moses was a sight when he took the line on in the 36th minute and broke through, allowing him to send a wobbly pass to Blake Ferguson, and the Eels went to half time in front 14-2.  Parramatta kicked off the second half in style with a try in the first ten minutes to Maika Sivo. The Rabbitohs refused to lay down, with Thomas Burgess crossing in the 56th minute. With the game in a precarious situation, Josh Hoffman crossed in the 61st minute to put the game out of reach. Tevita Tatola crossed in the 74th minute, however it was too late for the Rabbitohs to mount a comeback. The Parramatta Eels made it three from four at Bankwest as the Rabbitohs lost only their second game of the year.

South Sydney were without some of their gun players: including Damien Cook, Cody Walker and Cameron Murray. The Origin period will be an issue for them and may see them leak a few unlikely losses. Wayne Bennett will be looking to ensure his team can withstand this period as best as possible. 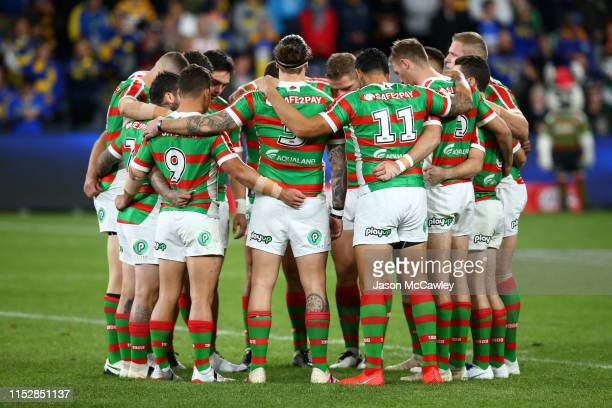 Parramatta are unpredictable. They will win a game with 51 points to their name and lose another conceding 64. Tonight they defeated the depleted competition leaders after losing to the out-of-form Panthers in a stinker of a game last round. You don’t know what you’ll get from Parramatta as there’s no consistent form.

Brad Arthur made some big changes this week. Most notably, he sacked club favourite Tim Mannah. He wanted a reaction and he got one. By no means did his team perform clinically, but they got the win. Whether he sticks with the same side next week – which means leaving Mannah in reserves – remains to be seen.

Mitchell Moses Takes on the Line

Mitchell Moses took the line on more often than not: a rare occurrence in 2019, and it paid dividends. He has had an up-and-down year and while this game wasn’t perfect, it was one of his better ones. If Parramatta want to have any success, then Moses – as their chief playmaker – needs to run the line as often as he did tonight. 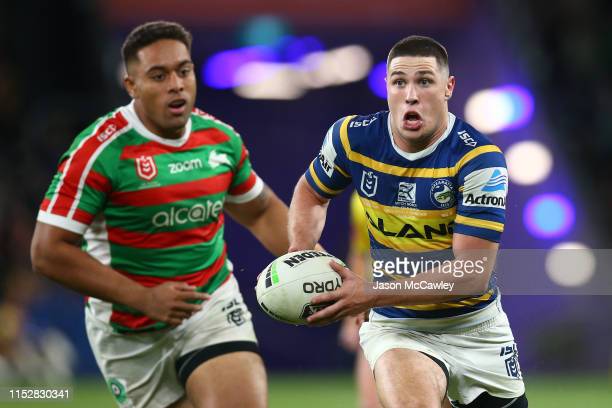 EDITORIAL | Why the Origin Bye Round should be Extended