Parramatta were coming off a strong win against the Rabbitohs when they met the Cronulla Sharks at PointsBet Stadium. Cronulla – coming off a bye – have been strong without some of their key players this year and welcomed back Wade Graham.

For Parramatta, the match started in the worst possible way, with Clint Gutherson suffering a concussion within the first few minutes. This caused a drastic reshuffle: David Gower went to five-eighth and Will Smith went to fullback. The Sharks were quick to get on the board with the lighting fast Bronson Xerri crossing in the third minute. Unfortunately Mitchell Moses, who recently re-signed for $2.5 million over three years, failed to make touch following a penalty, which lead to Andrew Fifita crossing in the 24th minute. Following this, Parramatta clawed their way back with Maika Sivo crossing with a remarkable put down in the 27th minute. The Eels were brave to keep the score 14 to 6 until, in the 39th minute, Josh Dugan crossed for a try.

For the Sharks, the game was won in the first twenty minutes of the second half, where Townsend, Flanagan and Xerri crossed. During this period, Parramatta were particularly deficient defensively. They managed to score a few late tries, with Sivo, Hoffman and Jennings scoring between the 66th and 75th minute. Aaron Gray added an punctuation mark to the game with a try in the 79th minute.

Bronson Xerri is some player. He grabbed two tries tonight to continue his scintillating form this year. He has speed, strength and knows how to finish. John Morris’ decision to promote him has been a masterstroke. There’s certainly a big future for the young man. 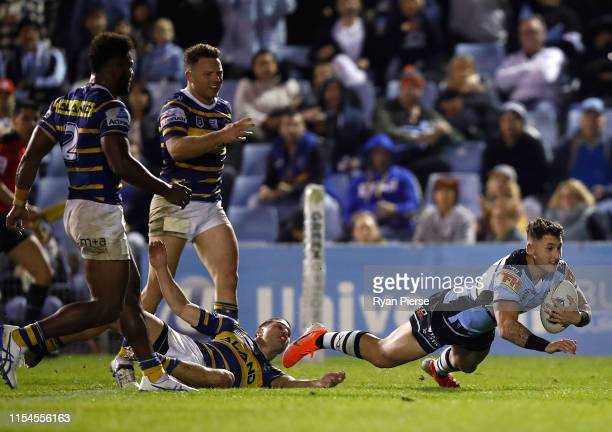 The Return of the Stars

A couple of weeks ago, Moylan returned for the Sharks. Tonight, Wade Graham played for the first time this year. Despite their unlucky run with injuries, the Sharks have been brave, however their stars have made a big difference. Wade was huge for them, with a role in two tries towards the back end of the game. His ability to play as a forward, with the skills of a half (being a five-eighth throughout his entire junior career), adds a lot to the Sharks. One question remains: how Shaun Johnson fits back into the team. One would think he walks right back in, however Chad Townsend and Kyle Flanagan have formed some combination. It’s a good problem to have. 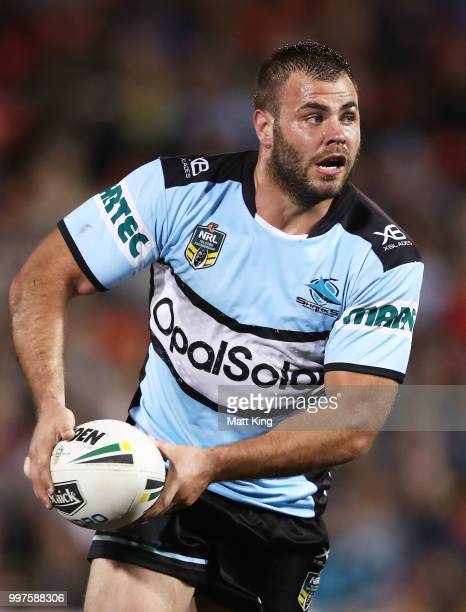 Eels Out of Position

Parramatta’s night seemed to end the moment Gutherson was concussed via an accidental knock. He failed his HIA, meaning Parramatta had to make a few drastic changes which included putting David Gower – a forward – into five-eighth. In other words, Parramatta had to play people out of position as a result of Gutherson’s injury.

One highlight for Parramatta was Maika Sivo. He scored twice to add to his impressive tally this year. The first try was a fantastic finish that he had no right to score. He has not reached the heights of the previous Fijian superstar to wear his jersey, Semi Radradra, but has developed tremendously and will only continue to improve. 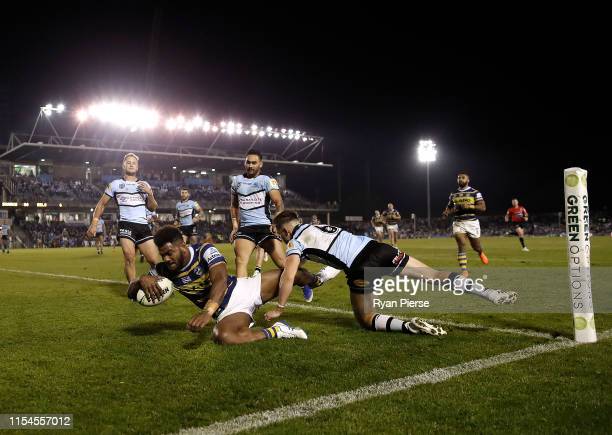