Parramatta hosted the Canberra Raiders at Darwin’s TIO Stadium in NRL round 15. With a shocking record against the Raiders, Parramatta were not expected to achieve much. This was confirmed in only the third minute when Charnze Nicoll-Klokstad scored. Swiftly backed up by Jack Wighton and Sebastian Kris, Canberra were truly in control. Manu Ma’u and Blake Ferguson scored late in the first half, making the score 16-12 Canberra’s way. This would be the final time the Raiders scored, as the second half saw Ferguson score via an intercept, after a long period of defence, and finally a try to Moses – after he broke through the line – to finish the match. Canberra, despite their earlier form, were unable to contain the Eels. 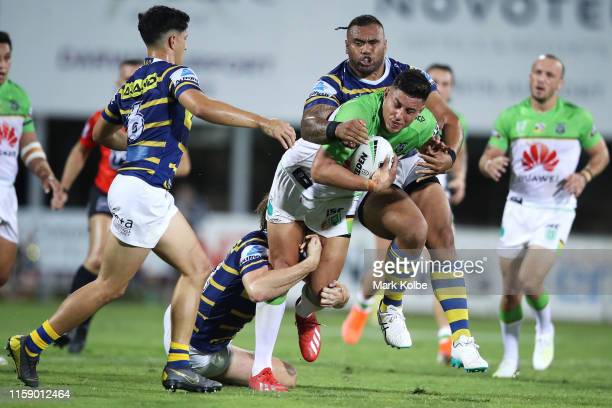 Parramatta have only lost one game in Darwin, and kept that record tonight. They have developed a connection with the Northern Territory, and it will continue to grow with performances like that.

Canberra have been brilliant all year. Though they lost tonight, they have a bye and some very winnable games coming up. They should be a top four team in 2019.

Dylan Brown struggled on his return. It’s to be expected when you’re a young man in first grade rugby league. He will be better for the run and should improve in future games.

Blake Ferguson backed up a huge New South Wales win with a double tonight. There was no sign of an Origin hangover as he helped his side to a second straight win. One would think he walks right back into the wing spot for the Blues in game three.