Nathan Smith reviews the round seven clash between the North Queensland Cowboys and Newcastle Knights. Here’s how the game went.

The first half was a long-awaited return to form for the Cowboys, who scored points at will. Newcastle’s defence looked particularly flimsy, with Reece Robson bursting through from dummy-half to set up a try, and Jake Clifford brushing off tackles to score another. By the end of the first half, a huge upset was on the cards, with the Cowboys heading to the sheds leading 26-0. 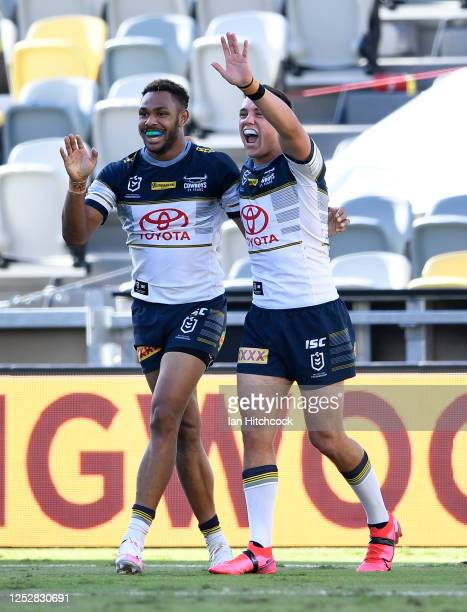 Newcastle started the second half fast, keen to make up for their poor first half. A linebreak to Lachlan Fitzgibbon from a scrum by their own line enabled him to pass to Tex Hoy and send him through for Newcastle’s first try of the game. Their sniff of a comeback was short-lived though, with Coen Hess crossing minutes later after receiving a freak offload from Tom Opacic. Newcastle were able to brush off this setback and finally work their combinations, with Mitchell Pearce and Kalyn Ponga linking to put Hymel Hunt in for a try. They followed it up with another try to Kurt Mann in the 57th minute to really make a game of it. Newcastle would leave their next try far too late, scoring it in the 75th minute, which meant the Cowboys would get their third win of the year. 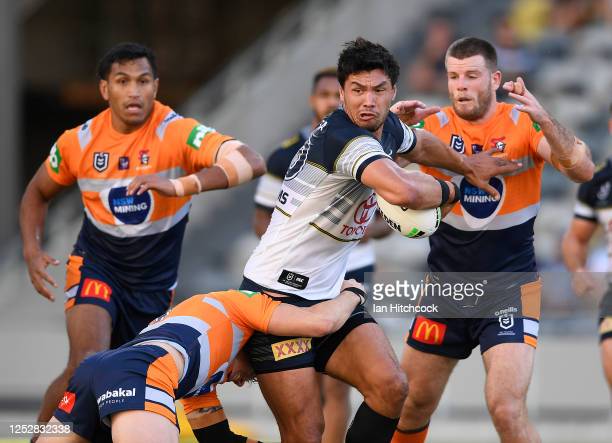 The freak offload thrown by Tom Opacic in the 46th minute rates up there as one of the best of the year, and there’s been plenty of good ones. The context adds to the beauty of it, given Newcastle had scored a quick try to start the second half off. After the Cowboys pressured Pearce’s end-of-set kick to gain possession in the Newcastle half, they pushed it towards the edge, where Opacic attracted defenders, then flicked it for Coen Hess to collect and score. Not only did the try look good, but it was a timely one that shut down Newcastle’s momentum at that time.