Here is the betting and stats preview for Sunday’s Round 15 action as North Queensland head to Newcastle, and the week’s biggest betting market mover Bulldogs and Warriors clash.

The Warriors are just about out of the running for finals, but it would be a great rugby league story if they could. Although they could have done without their shirt sponsor issue with Telstra. The Bulldogs have something to play for too, avoiding the wooden spoon, and you get the feeling that everyone except a bunch of fans of a certain Queensland based team are hoping the Bulldogs can do it. 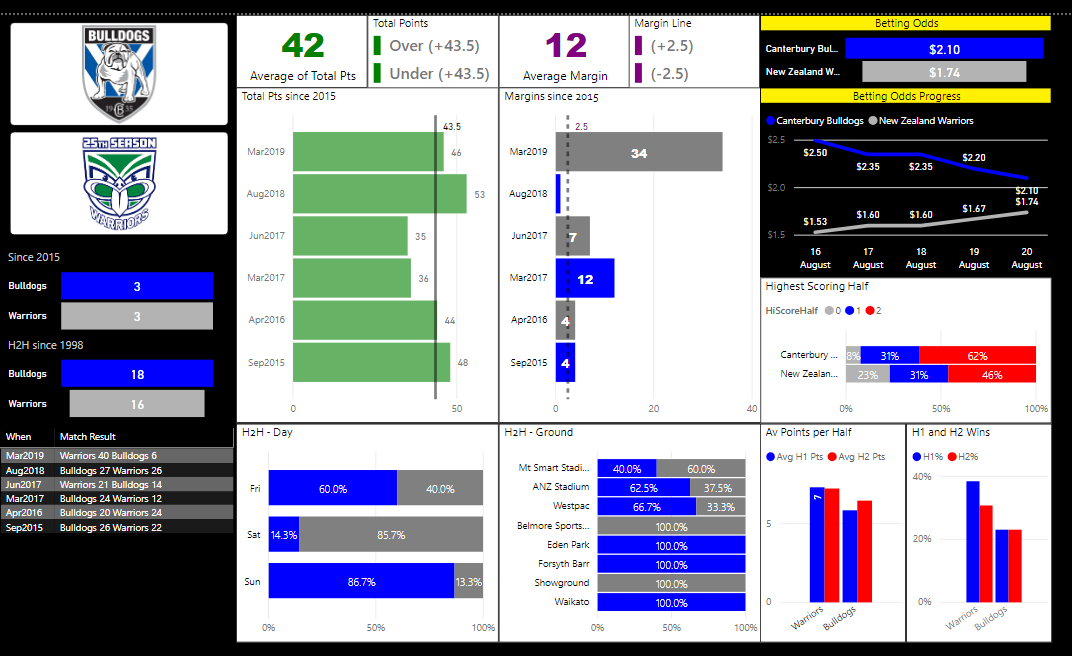 Bulldogs to win
Either side to win by 10.5 or less
Isaiah Papali’i to score anytime
Second half most total points